Is it sad to say that of all the gigs you’ve been to, you’ve seen one artist more times than any others put together? Probably – but I’d disagree, not simply because I am one such person, but because the artist in question is truly worth seeing again and again.

Over the last 4-5 years, I’ve seen Lucy Rose play live 4 times. Once before her first album on a wintry day in Camden’s Jazz Cafe, a spur-of-the-moment christmas present to see an up-and-coming singer-songwriter whose EPs I’d had on repeat for a good few months. Then in a dingy club in Reading after Like I Used To dropped in 2012 with a friend who I’d converted. The next time in Reading again with the same friend, but this time in a church lined with pews and no standing space. Then last weekend in The Forum, Tunbridge Wells – a special one-off gig midway through Lucy’s solo tour to celebrate the venue’s 23rd birthday.

There are an ocean of artists I would love to see, but there are few I’d like to see twice, let alone four times, simply because I might miss out on another artist. Lucy Rose, however, will trump discovering someone new every time. I should point out this is not a negative thing for new music, because she always has a great new support act which suits my tastes to a tee, this time bringing along the excellent Lily Denning who, amongst her own songs, covered Bat For Lashes’ haunting ode ‘Laura’: (apologies in advance for my shoddy camera work)

Each time I’ve seen Lucy play, I’ve thought, “Wow, she couldn’t possibly get better than this,” yet lo-and-behold every time she does, and this gig was no exception.

At three years older than both the venue and myself, and a good foot and a half shorter than one of us, Lucy walked onto the stage shortly after 9pm and opened with a few tracks from across her two albums. Shortly into the gig she announced that, because this was a special one-off, she was willing to throw her set list out of the window and play what we wanted to hear – something of a surprise to her band! What followed was an hour and a half of pure fun – interspersed with personal favourites and suggestions from twitter, Lucy played anything from her repertoire we asked for, even some she hadn’t played for a while (her guitarist, Ben, had only played ‘Night Bus’ once before).

The imperfections led to something more perfect than I could’ve imagined – something intimate which suited the venue precisely, something personal, something experienced by those of us in the room and by nobody else, something shared.

At one stage, when asking for suggestions, Lucy was met with an unexpectedly deep shout from the back of the crowd, “Bad Blood.” This caused smiles from both Lucy and her band – they had covered the Taylor Swift powerhouse with a tenderness befitting their trademark sound on BBC Radio One’s Live Lounge towards the end of 2015, including the tricky Kendrick Lamar rap. Determined to follow through on her promise, Lucy accepted the challenge and the cover began in full force. The result was a brilliant example of the perfect imperfections of an intimate, personal gig:

If I had to rate this gig I imagine you could guess my verdict. Perfect 10, A+, 5/5, full house. A stunning voice, a masterclass in songwriting, charisma which exudes confidence and a thoroughly lovely human – Lucy Rose, you are a gem. Thank you. 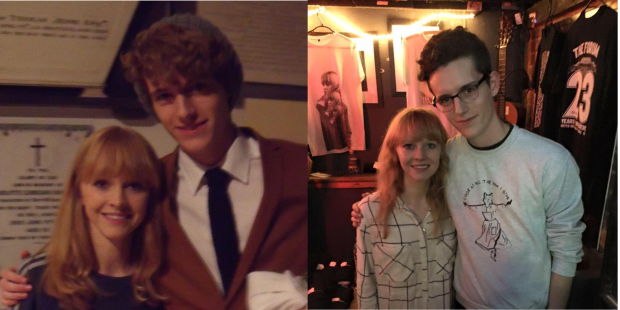 I suppose some things change.